TechVets is a Programme within RFEA - The Forces Employment Charity that exists as a bridge for veterans, Service leavers, Reservists and their families into information technology careers.

We want to alleviate the issue of unemployment and underemployment in the Forces community by ensuring all veterans, Service leavers, reservists and their families can combine their military and life experience with their new leading digital skills acquired through TechVets to gain sustainable careers in information technology.

In doing so, TechVets builds on the strengths of the Forces community to support the UKs digital economy.

The TechVets story started with our four co-Founders who could see the problems developing from an increasing use of tech, greater demand for better Cyber security and a fast growing skills gap - in concert with a national issue with unemployment and underemployment of Military veterans. 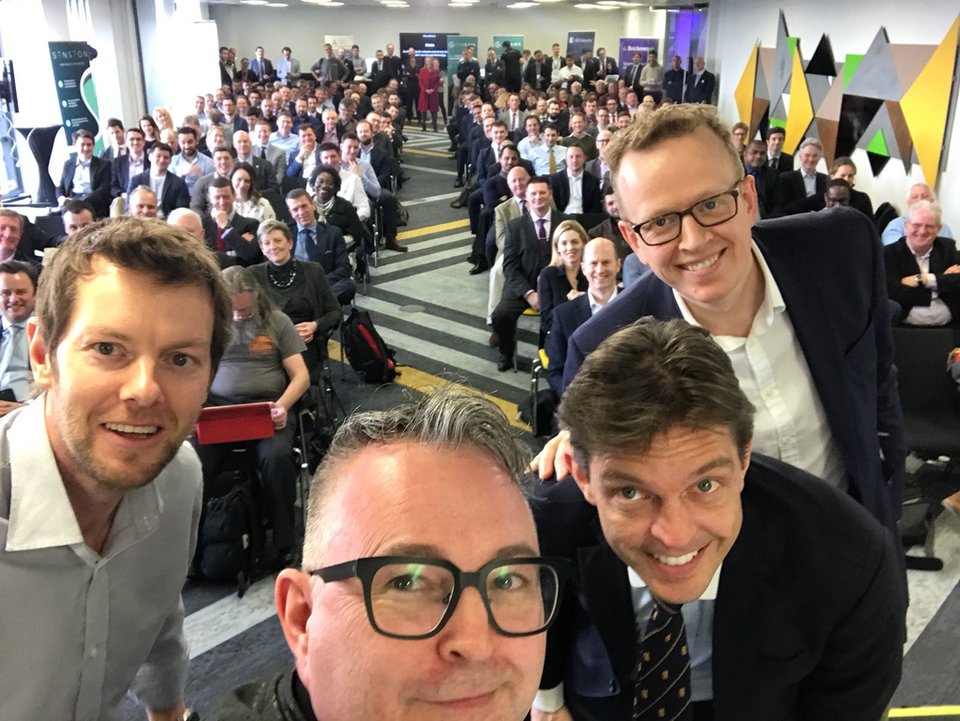 TechVets went live in March 2018 with our launch event at Level 39, and we have gained momentum since - built on fantastic principles:

Having integrity means that you live in accordance with your deepest values, you're honest with everyone, and you always keep your word. Integrity is a highly valued trait, especially in the Military and will uphold this principle as one of our strengths.

TechVets has always been proud to have been able to create fantastic partnerships that enable us to provide all our core services free of charge to all our members, and our membership available to ALL veterans, serving persons and reservists.

Techvets will continue to provide all core services for free and this will not change.

TechVets ensures that all decisions are made for the benefit of the members, to serve the community and to ensure that this is true of our partners.

TechVets create, build and leverage partnerships that maximise the positive impact on TechVets members learning and development and avoid duplication.

Many organisations competing to deliver the same service, in the same context, increase the unnecessary waste of scarce resources, whilst adding confusion for the veteran and service leaver seeking a single source of truth.

It is important for us to be innovative so we ensure that we remain a disruptor that shines a light on the value veterans bring across the Tech sector and Cyber industry.

Making the best decisions for our members is at the heart of what we believe in and we need to use data to understand how to improve our services as well as acknowledge where results can help drive our services forwarded.

The principle to bind all others together is that we empower our members socially, economically, educationally and psychologically to find fulfilling and sustainable professional careers beyond the Military. 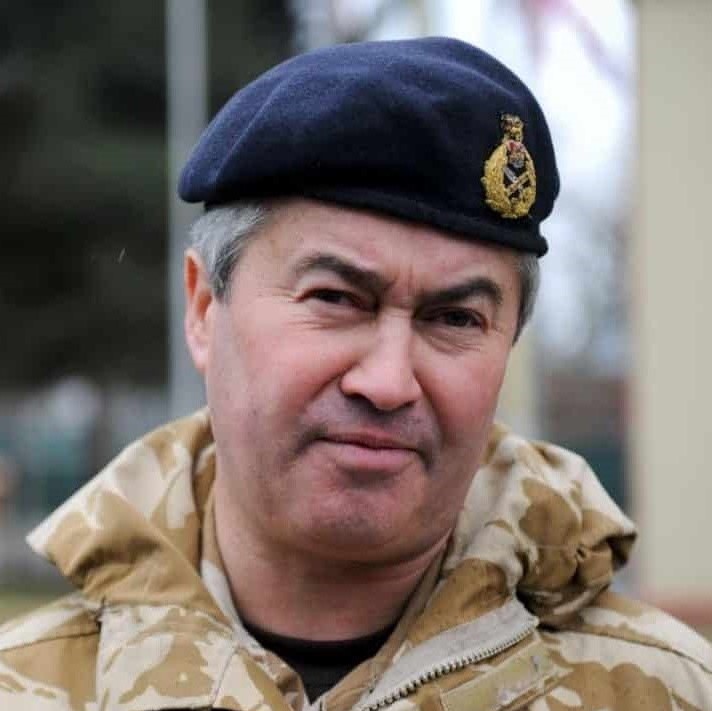 General Sir Richard Barrons served as Commander Joint Forces Command, one of six "Chiefs of Staff" leading the UK Armed Forces until April 2016. He was responsible for 23,000 people worldwide and a budget of £4.3bn, delivering intelligence, Special Forces, operational command and control, all surveillance, reconnaissance and information systems and communications, operational logistics, medical support and advanced education and training across the Armed Forces.

An Artillery Officer, his Military career included leadership from Captain to General on military operations in Bosnia, Kosovo, Northern Ireland, Iraq and Afghanistan - often as part of US-led coalitions and in NATO. He is President and Colonel Commandant of the Honourable Artillery Company, a Senior Associate Fellow at Rusiand a Visiting Senior Fellow at LSE IDEAS. 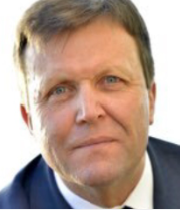 Huw joined Ark in November 2012 as Chief Executive Officer to lead a new Management Team following the recapitalisation of the company. He has held key roles at a number of organisations, including President, BT Global Services and Regional Vice President, HP Defence and Security. Other roles in his extensive career include Chief Executive Officer of the Atlas Consortium.

A qualified lawyer, Huw also worked for the Asia Foundation, formulating and driving national reform programmes in Cambodia, as well as advising the United Nations on their efforts in Central Asia. Before this, he served with the Royal Hong Kong Police Force, latterly as a detective Inspector. 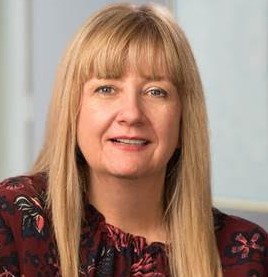 Jo is head of EMEA Engineering and head of global Regulatory and Business Services. She serves on the Firmwide Technology Risk Committee and the EMEA Inclusion and Diversity Committee. Jo is also the global co-sponsor of the Women in Engineering Network.

Jo joined Goldman Sachs in 1997 in the Investment Research Division in London. Since 2001, she has held roles across Engineering in London and New York, predominantly focusing on the build out of the firm’s global Compliance Technology and Conflicts Technology architectures. Jo was named managing director in 2008 and partner in 2014.

Prior to joining the firm, Jo was responsible for Global Volume Trading Technology at NatWest Markets.

She is a board member for the UK Government Digital Service Advisory Board and for the Women in Science and Engineering organisation. 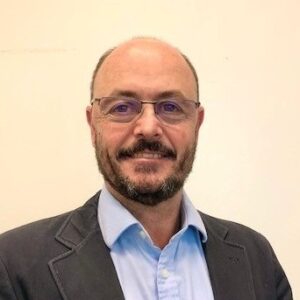 Mark Proctor is an ex-Brigadier who left the Army in December 2021 and is currently a strategic advisor and coach at Atkins; a British multinational engineering, design, planning, architectural design, project management and consulting services company.

Mark served as an Intelligence Corps Officer with extensive operational experience in Northern Ireland, the Balkans, Iraq, Afghanistan and various other areas of the globe. He has also been the Intelligence Corps Colonel, employed in the Permanent Joint Headquarters (PJHQ) as the Intelligence Planner in Northwood, and an instructor on the Advanced Command and Staff Course (ACSC) at the United Kingdom Defence Academy.

His last two assignments were as the Army’s visiting Fellow to the Royal United Services Institute (RUSI) providing military advice to this distinguished Independent Think Tank as well as working on contemporary issues of the day (2020-2021) and Commander of the Joint Cyber and Electromagnetic Activities Group (JCG) responsible for cyber, EW and integrated strategic intelligence provision to key decision makers (2018-2020). 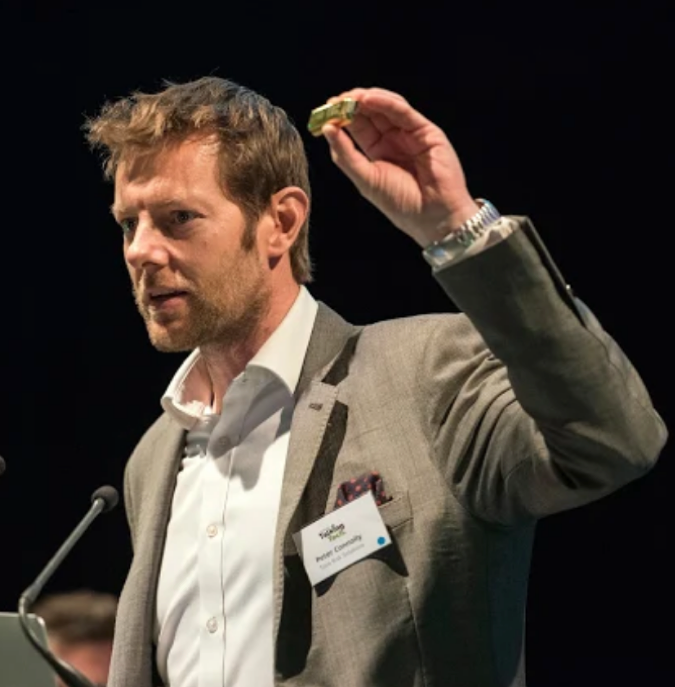 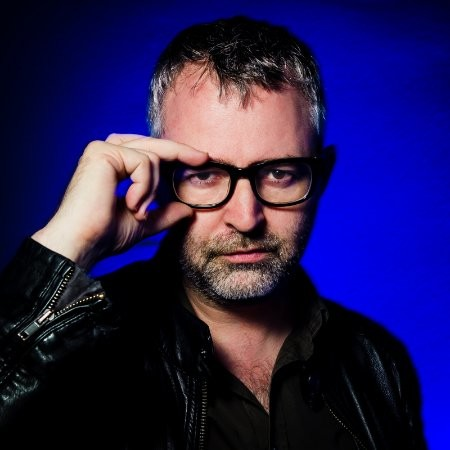 Editor-at-large of TechCrunch, Mike has been named one of the most influential people in European technology by various newspapers and magazines. 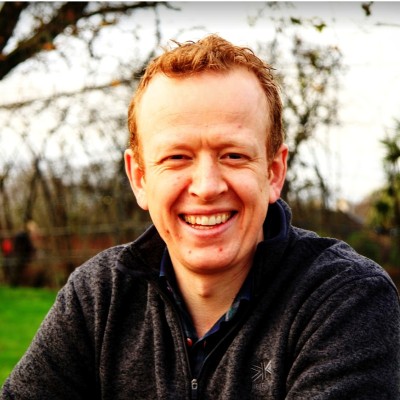 Euan has worked in due diligence for over 10 years in the UK and emerging markets for both the private and public sector.  Euan is the UK Head of Tadaweb where they work on the automation of research and analysis.
Euan served in Iraq as an officer in the Army Reserve and is passionate about supporting veterans journeys into industry.

Euan is the Head of TadaWeb UK. 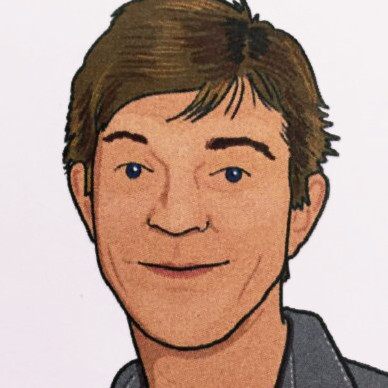 In memory of the late Mark Milton who gave so much to the TechVets community, positively changing so many lives of those we support.

Mark was a service design specialist who worked with clients across the public and private sectors including Microsoft, Google, Samsung, Sony, BBC, Channel 4, UK Home Office and the Cabinet Office.

Mark was the CEO and Co-founder of Amberlight Solutions. 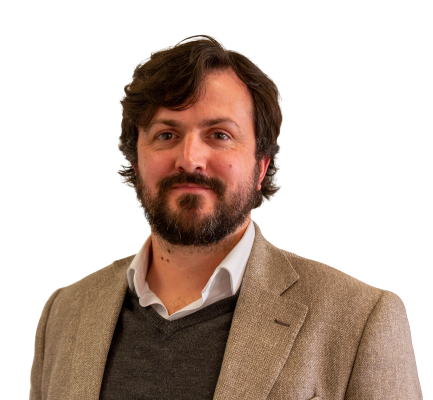 James is an Army Veteran of 19 years, deploying to N Ireland, Helmand Province Afghanistan, Kenya and China. James brings years of leadership experience and a passion for TechVets having co-led the first TechVets local chapter. 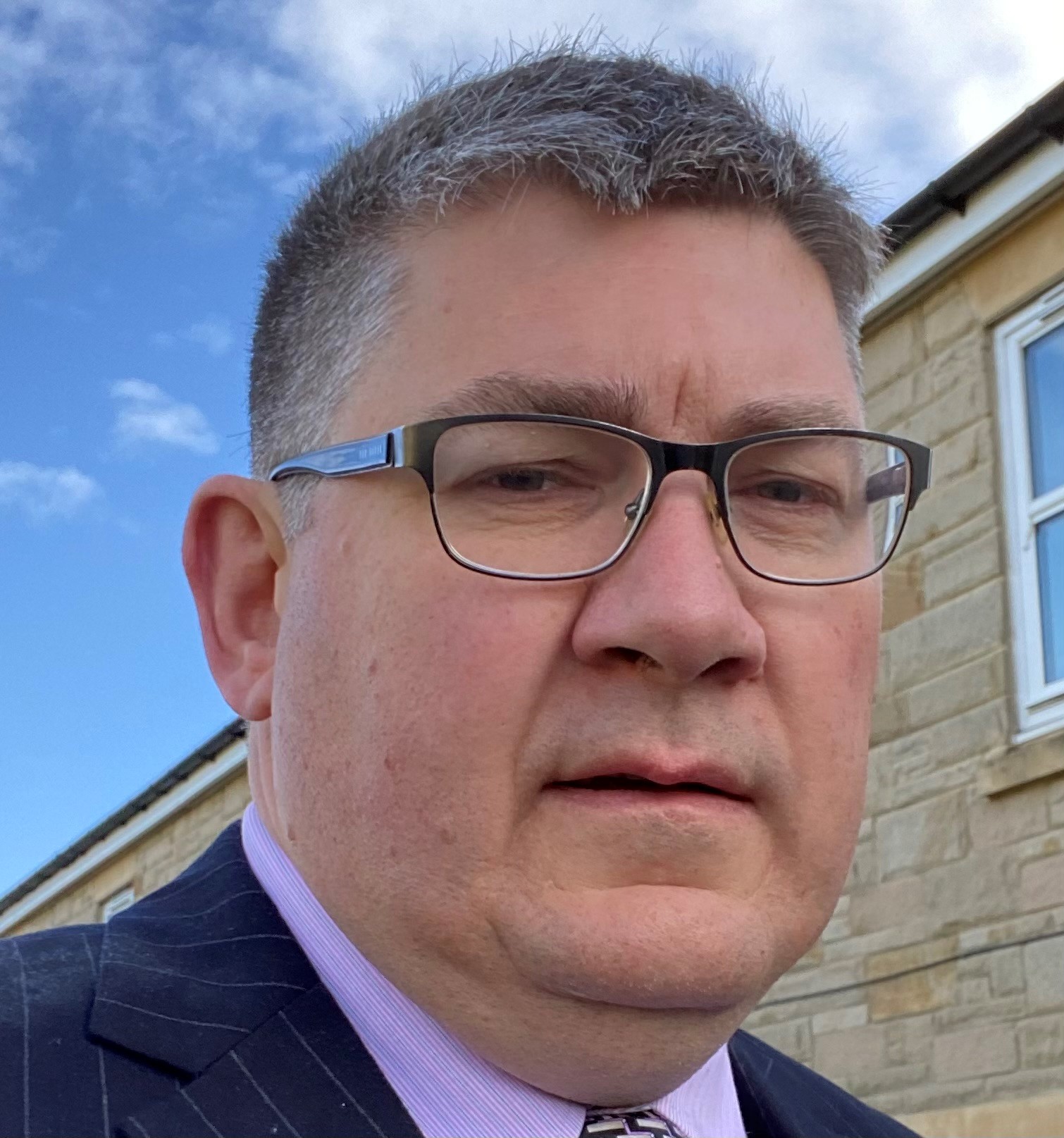 Colin has joined TechVets as the Training Coordinator and will also lead on TechVets delivery of the EM3 initiative - an exciting programme with a focus on supporting current and former British Military partners, spouses and dependents into IT careers.
Colin previously trained and worked as a primary school teacher specialising in computing and PE, driving the development of digital learning within his primary school.
Prior to teaching, Colin served in the RAF for 24 years, working mainly in Air Defence operations across the United Kingdom. During his career he deployed to the Falkland Islands, France, Norway, Sweden, Oman, Afghanistan and operations in support of the London 2012 Olympics. 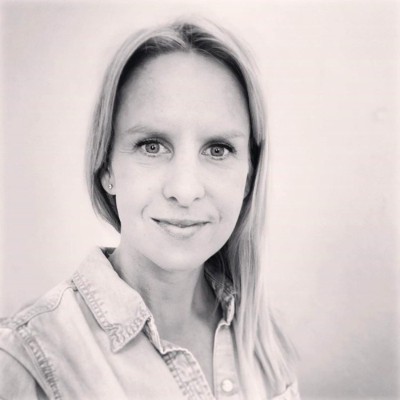 Meredyth is a Digital Marketing specialist and former Reservist, having deployed to Iraq as the first female Combat Camera Team Officer Commanding and Arabic Linguist, as well as serving in Afghanistan. After Afghanistan, she spent six months volunteering in a monastery in Nepal and visiting Gurkha Welfare Trust initiatives in the foothills of the Himalayas.
Meredyth has a wealth of experience in journalism previously working at ITV London Tonight and BSkyB's Five News, before establishing Charlie Charlie One Ltd -  a digital marketing company. 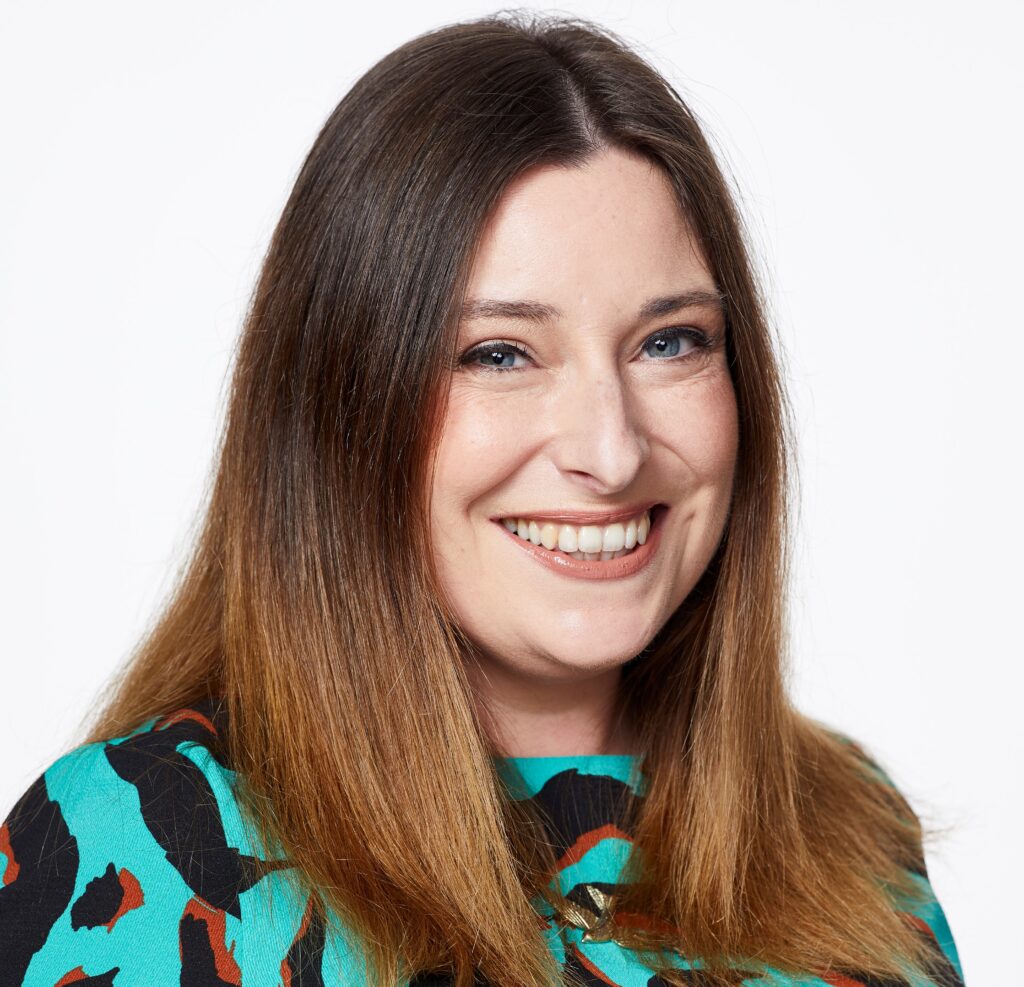 Kristy is an award-winning communications specialist with 15+ years experience heading up media teams. During her tenure at leading PR agency, Freuds, Kristy led many of Public Health England’s flagship initiatives, such as Be Clear on Cancer, as well as groundbreaking global health projects for corporate clients, including Deutsche Telekom and SCA.

Since moving into consulting in 2017, Kristy has provided a range of communications services, ranging from reputation management; strategic counsel through to celebrity liaison, for various clients, including RFEA – The Forces Charity,

We are a Programme within...

Founded in 1885 and operating across the UK, we have the specialist knowledge and understanding to bridge the gap between military life and civilian employment. We work in partnership with other organisations and employers who, like us, respect and value the unique qualities and abilities of all those who have served.